The first residency period in 2020 is two months, April-May. One applicant will be selected.

The second residency period in 2020 is two months, October-November. One applicant will be selected.

We ask the applicants to indicate in their applications which period they are applying for (both can also be marked) in the respective field of the application form.

The deadline for applications is February 21st. The results will be announced by March 2nd the latest.

Tartu is the second largest town of Estonia, but is widely considered its intellectual capital – vitally significant in developing the educational system, culture, science and literature in the Estonian language. In 2015 Tartu was designated UNESCO City of Literature which has further enhanced the vibrant literary scene. Tartu City of Literature residency program aims to increase international exchange and communication, contribute to the mobility of writers and translators, offer a creative and inspiring environment, and provide writers an opportunity to introduce their work to the Estonian readers. The programme is open to all writers and translators (translating from Estonian to other languages) from across the world, who meet the criteria described below.The residency program is coordinated by the Estonian Literary Society in cooperation with Tartu Department of the Estonian Writers Union and in partnership with various other literary institutions.

What we offer:
• 2-month stay at the house of the former Karl Ristikivi Museum. Karl Ristikivi (1912–1977) was a renowned Estonian writer whose works are considered among the core texts of the 20th century Estonian prose.The house, managed by Karl Ristikivi Society, was his last residence in Estonia before exile in Sweden since 1943.
• A scholarship of 600 euros per month
• Compensation of travel costs to and from Tartu up to 350 euros
• An opportunity to visit places and perform at venues in other cities
• An opportunity to perform at Tartu International Literature Festival Prima Vista – the biggest literary event in the city
• A contact person who is responsible for making arrangements for performances, meetings and tours and helps to make engage in the local literary life 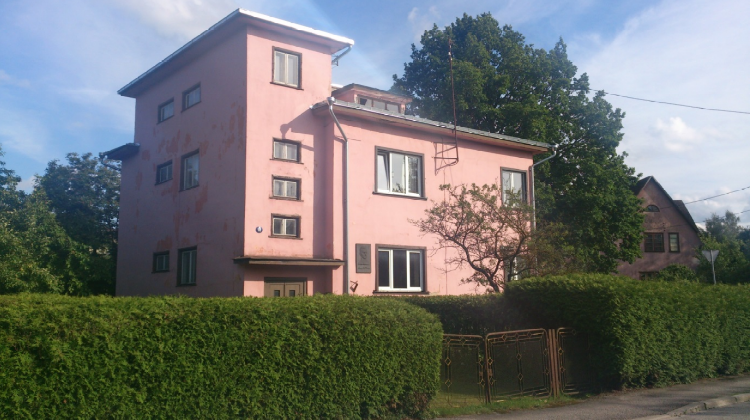 Required documents to be sent to eks@kirjandus.ee:
• Application form, AVAILABLE HERE
• FFragment (up to 5 pages) of a published text (in Estonian or English) or a fragment of a published translation (from Estonian into another language)

Criteria
• Upper intermediate level of spoken English.
• At least one published book (fiction or non-fiction), screenplay, theatre script or translation from Estonian into another language by the applicant.
• Interest in Estonian culture and literature.
• Readiness to participate in the local literary life, including events, meetings, interviews, festivals.
• Literary work during the residency.